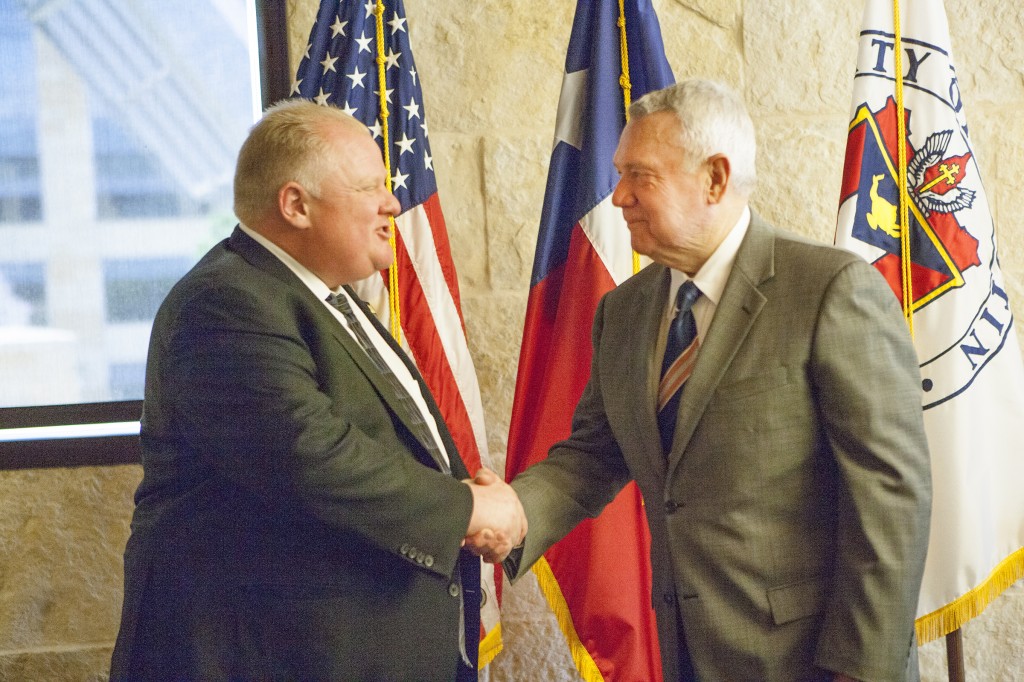 The Alliance agreement states that the two cities will “work collaboratively to develop and expand all elements of the music industry, including but not limited to artists, venues, festivals, studios, management and promotion.” 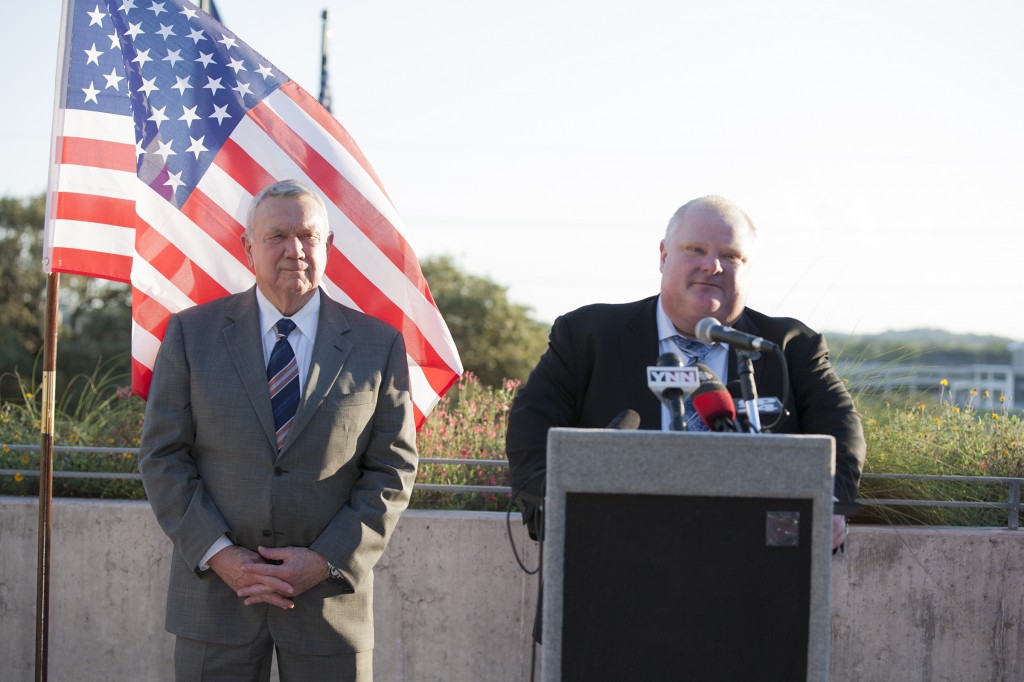 “I was thrilled to lead such a productive and educational mission and to sign the world’s first music city alliance agreement,” said Mayor Ford. “We accomplished what we set out to achieve and much more – our mission was a phenomenal success. I am fully confident that this mission will be the first step in a long and fruitful relationship between two great music cities.” 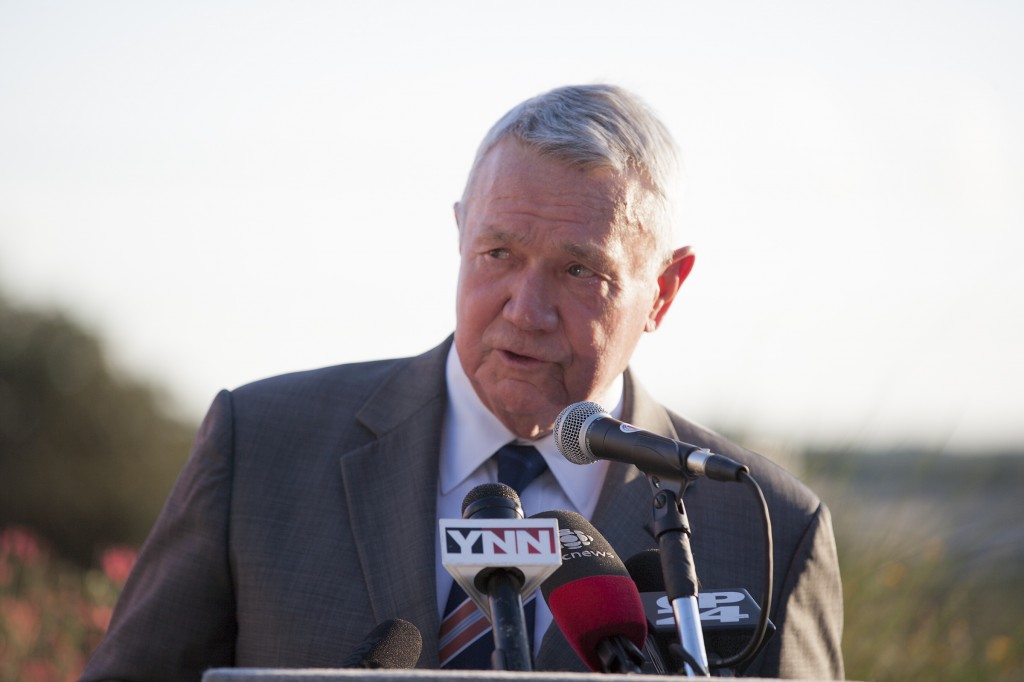 “It is our pleasure to host Mayor Ford and the Toronto delegation here in Austin this week,” said Mayor Leffingwell. “This alliance will allow us to work together in developing mutually beneficial partnerships between our two music-centred cities with a clear purpose to build trade, commerce and share both government and private industry knowledge.”

In addition to the official signing, the mission agenda also included a meeting between the two Mayors and their Chiefs of Staff, various meetings with leaders of Austin’s music, tech and tourism industries during which industry and city delegates exchanged information and ideas, an informal dinner with members of the Austin music division and several Austin area artists and musicians, a visit to Austin City Council, and a tour of Austin City Limits Music Festival. 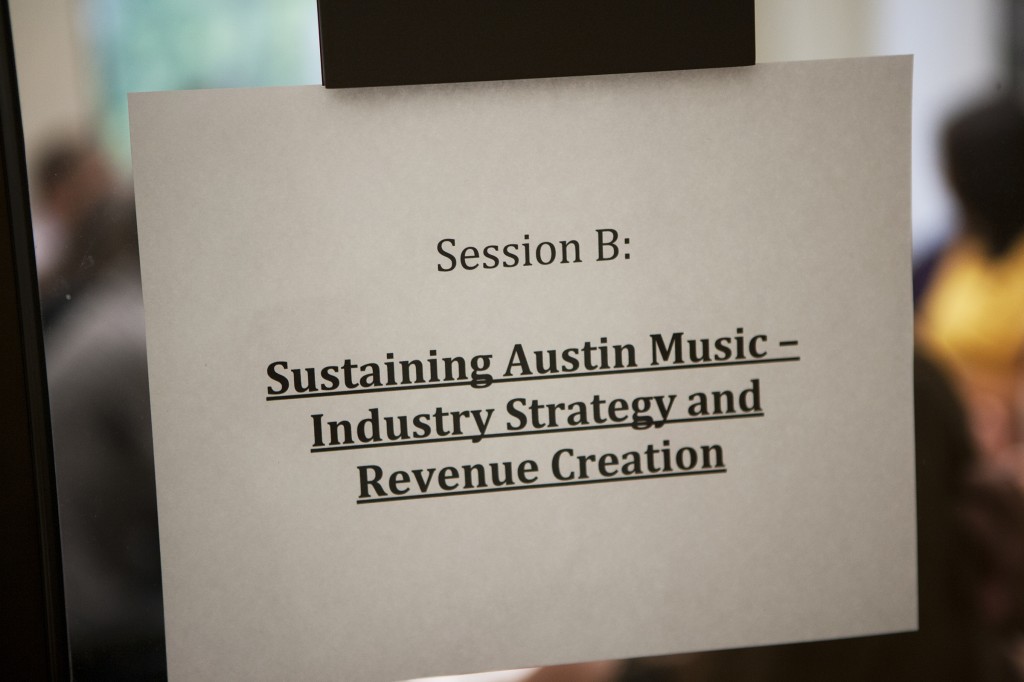 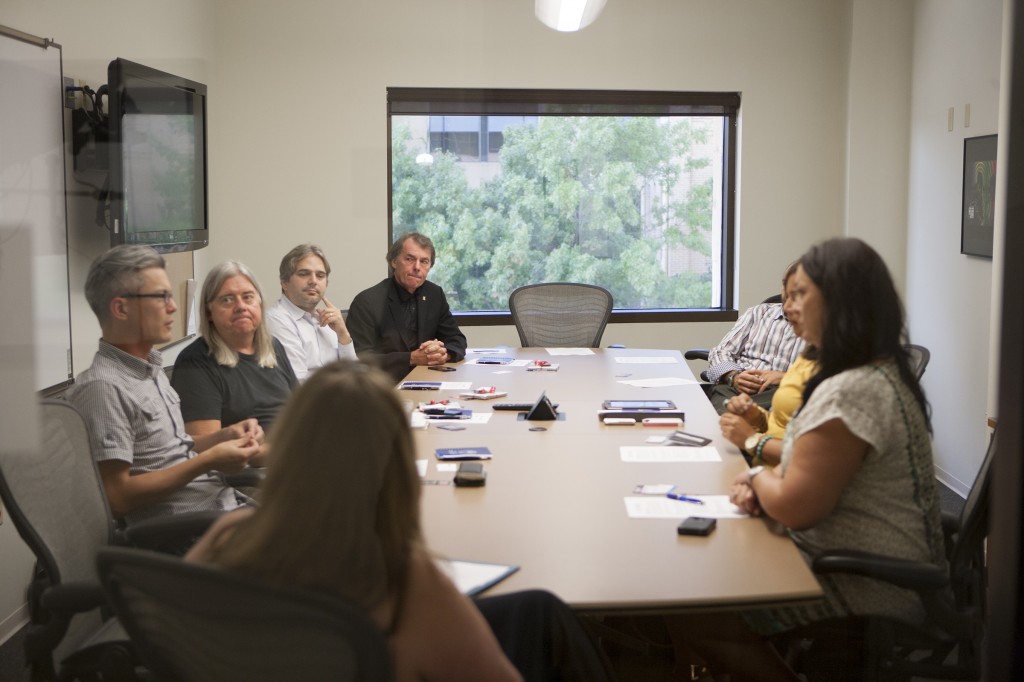 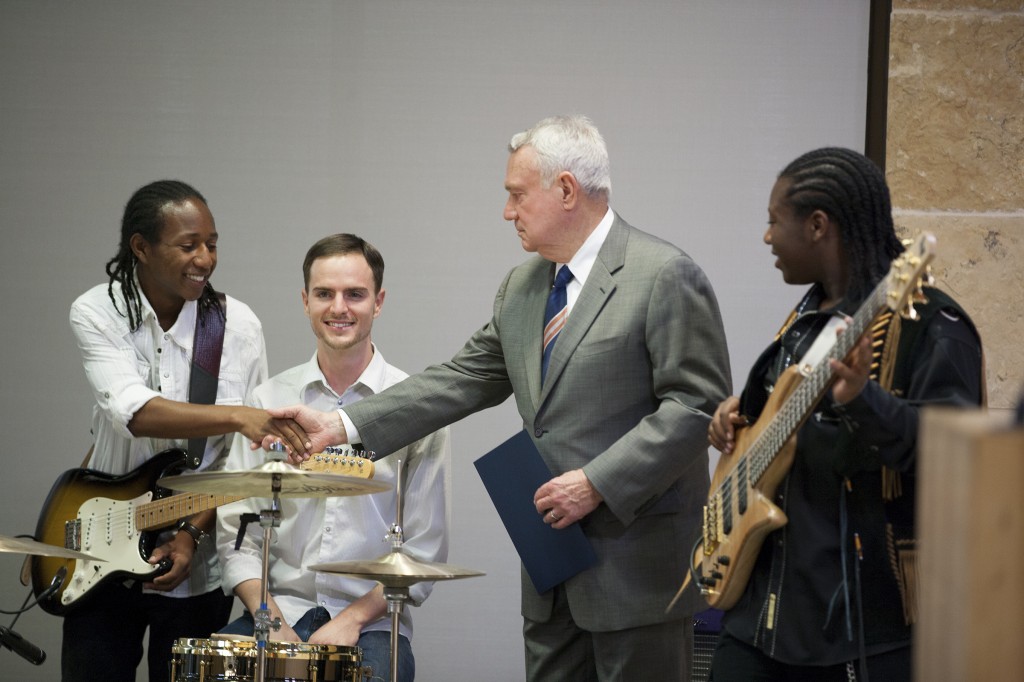 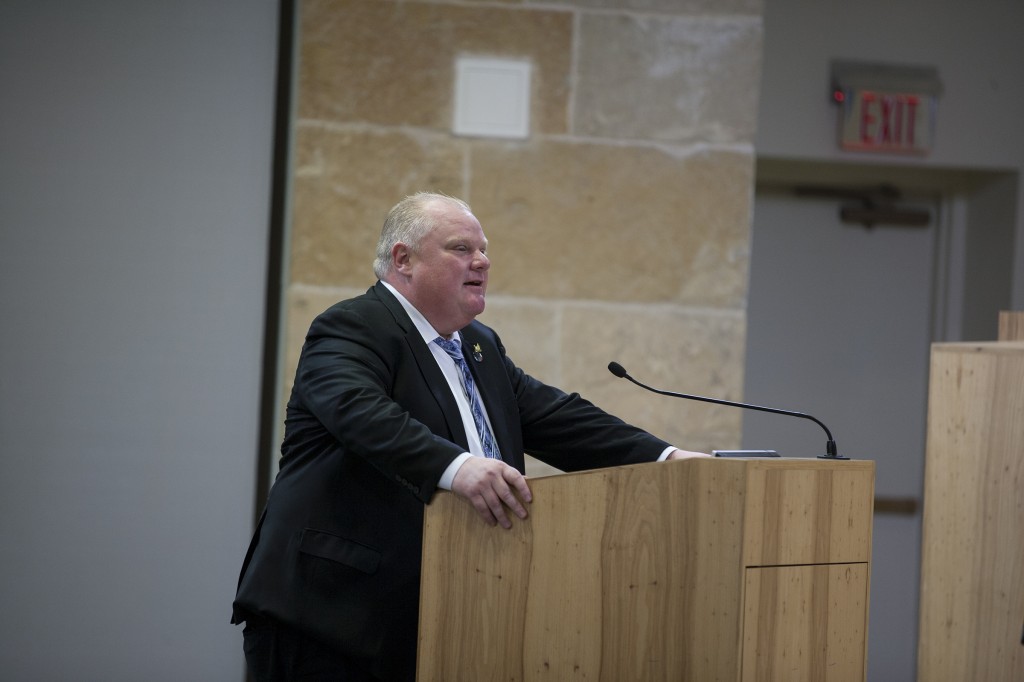 The mission was deemed a success by Toronto councillors and music industry delegates alike, who reference some of the concrete outcomes they expect to see coming from the alliance: 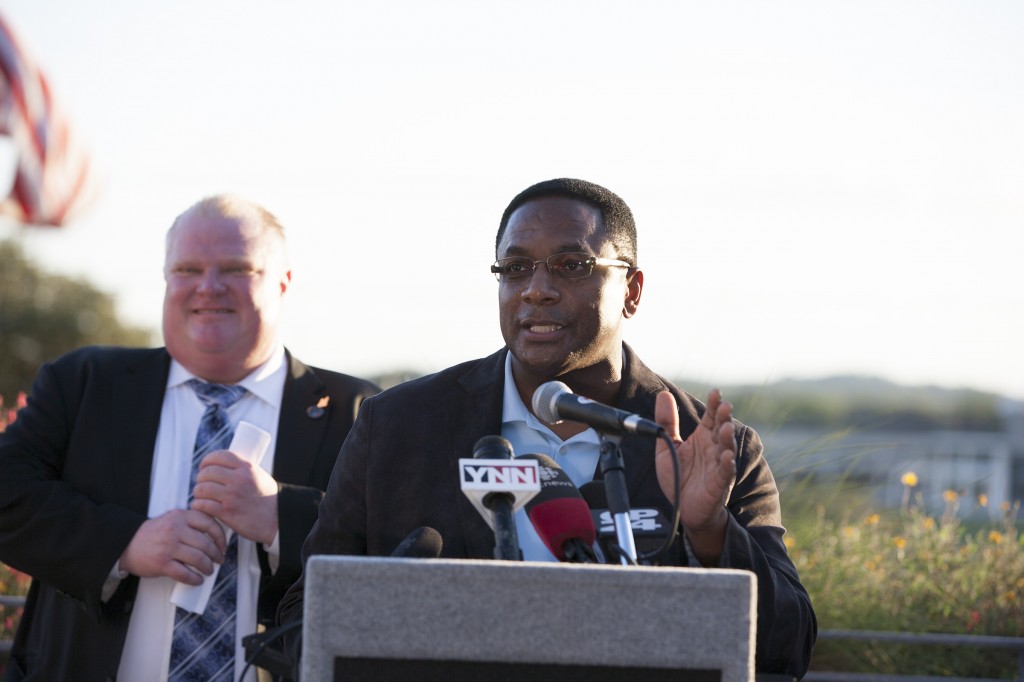 “The incredible job that Austin has done to create, support and promote its music industry is a valuable lesson for Toronto. Toronto has great artistic depth, a strong cultural infrastructure and a vibrant music scene featuring home-grown artists that rank among the best in the world. Austin has proven that if a city reinforces these strengths by making the music business a strategic focus, it can gain significant economic and cultural benefits that spill over into all sectors and communities. I am hopeful that our new partnership with Austin will enable us to bring an event like Austin City Limits to Toronto as a first step in the development of a new music business strategy for our city,” said Councillor Michael Thompson (Ward 37 Scarborough Centre), Chair of the Economic Development Committee. 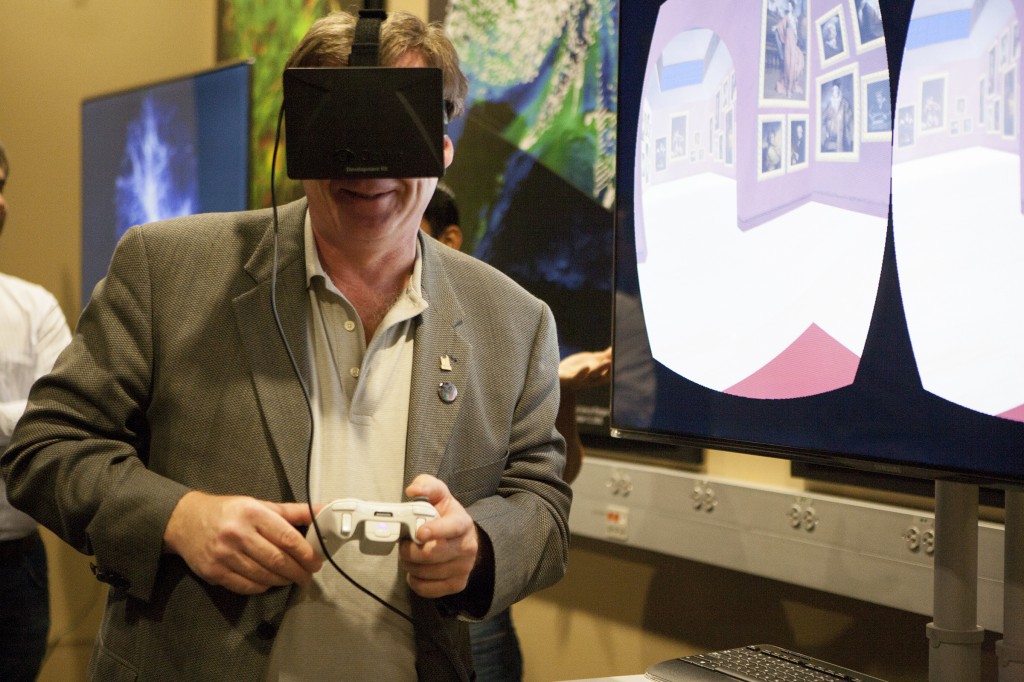 “From an economic and cultural perspective, music is big business in both Austin Texas and Toronto. These two great musical capitals have formed a new Music City Alliance which will showcase the importance of music in creating a vibrant and livable city. As a passionate advocate for the arts and culture sector, and as a musician myself, I am eager for this Alliance to broaden the impact music can have in Toronto the same way that it has done in Austin,” said Councillor Gary Crawford (Ward 36 Scarborough Southwest). 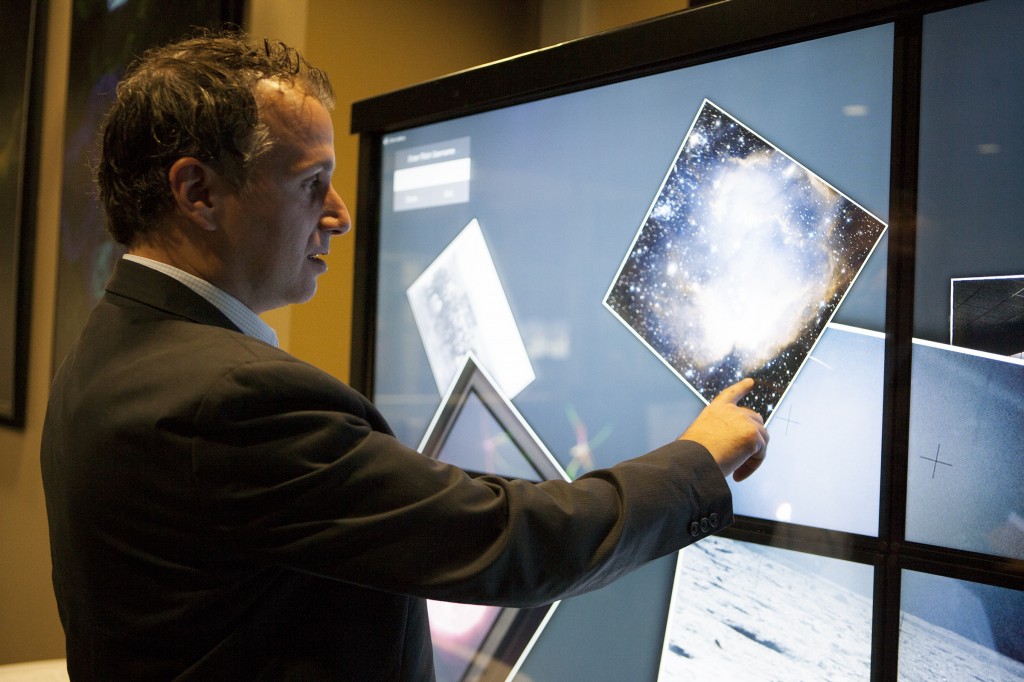 Photo: Cllr Josh Colle at the  Texas Advanced Computing Center office in Austin. Austin’s music scene has been credited with being a draw for major tech companies & their employees.

“The City of Austin example shows Toronto how a city’s music sector can be leveraged for increased economic activity, tourism, employment, and quality of life. The Music City Alliance between Toronto and Austin will generate new opportunities for businesses, residents, music fans, and artists in both markets,” said Councillor Josh Colle (Ward 15 Eglinton-Lawrence).

“I was thrilled to be a part of such a productive trip. I am looking forward to exploring opportunities for aspiring artists here in our home city, Toronto, and to also foster economic development in the music industry,” said Councillor Doug Ford (Ward 2 Etobicoke North). 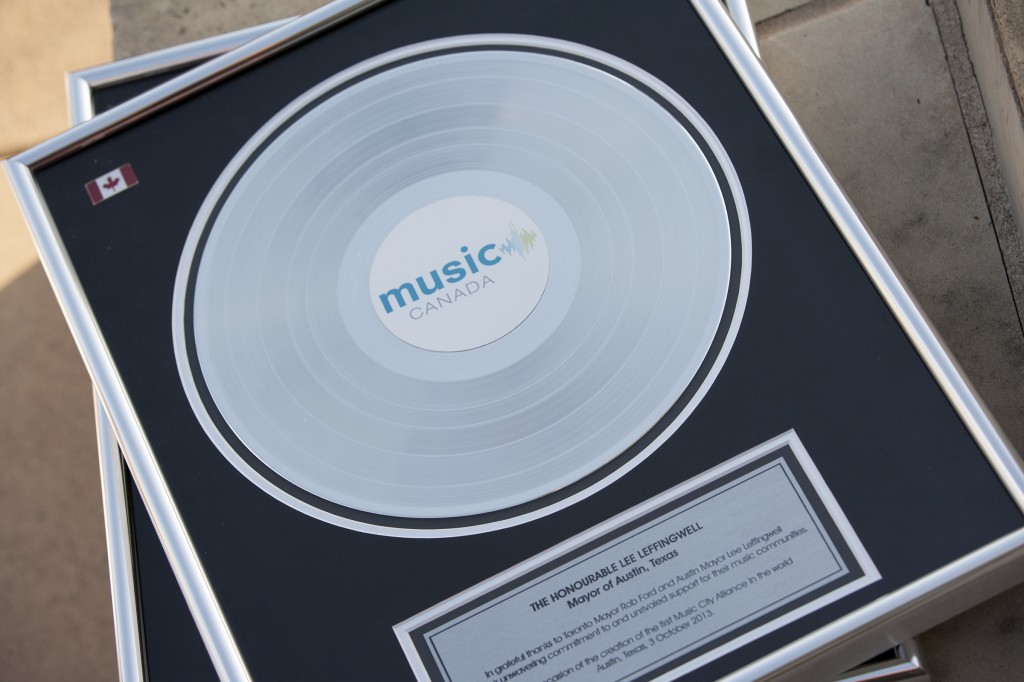 “Austin makes it look easy but I think we all know that we have work ahead of us to ensure this mission and alliance deliver dividends to Toronto.   The Austin template starts with a music office, music advisory board and an ‘open for business attitude’ at City Hall.   With that, we will succeed in generating jobs and additional activity in Toronto’s great music community.  Based on the reaction and statements of our mayor and other City delegates, I am confident that they are committed to move quickly in this direction,” said Graham Henderson, President of Music Canada. 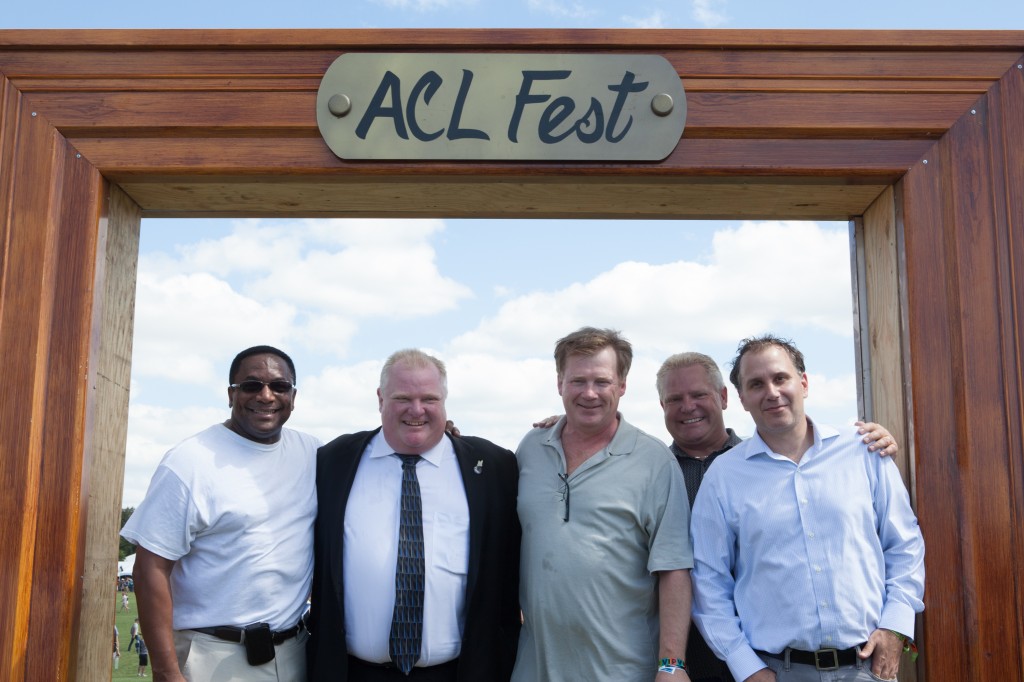 “It was great to be part of such of a productive working trip to Austin. This collaboration of politicians and industry leaders insures there is the will and the way to turn our newly gained knowledge into great results that will grow the live music scene in Toronto along with the great economic and lifestyle benefits that such growth will generate,” said Michael Hollett, Co-founder, President and Managing Director, North By Northeast Festival.

“Having our Mayor and key City Councillors see first-hand how Austin supports and leverages its music industry should be a tremendous boost as we build our own close working relationship between City Hall and every musician, venue, and festival. I’m excited to see what great things come from this mission and the new music city alliance – and looking forward to entertaining our amazing Austin hosts here in Toronto soon,” said Mike Tanner, Manager of Communications and Operations, North By Northeast festival.

“The emergence of new outdoor venues, concerts, and festivals in Toronto last year, especially Echo Beach, Field Trip, and TURF; was a badly needed shot in the arm for both the music industry and the city, I’m hoping the Mayor’s mission to Austin capitalizes on the recent momentum which hopefully evolves into a Toronto Music Office, a Toronto Music Commission, and local Councillors opening up even more green spaces downtown for outdoor summer live music events, said Jeff Cohen, Owner of Collective Concerts, Horseshoe Tavern, Lee’s Palace and TURF TO.

“The City of Toronto has one of the world’s most vibrant music scenes – the rival of any city I’ve ever visited. What we learned in Austin is how a city amplifies its successes by prioritizing and promoting its music industry. Austin’s Music & Entertainment Division clears a path for the music industry to conduct business with the city. Their Convention and Visitors Bureau uses music as a magnet for international conferences and tourists. The City of Toronto needs to apply these lessons and more to realize our full potential. After having experienced Austin’s model first-hand, our elected officials and city staff are inspired and eager to get on with the next steps, and the industry will be there to support City Hall’s efforts towards establishing Toronto as a true music capital,” said Jesse Kumagai, Director of Programming, Corporation of Massey Hall and Roy Thomson Hall.

“The Austin-Toronto trade mission was a great opportunity for us to see the type of relationship possible between the City and the private sector which can further develop the live entertainment marketplace in Toronto into a global leader. Austin was built on live music and some of the municipal programs that are in place ensure that it continues to evolve the size and scope of the industry which delivers a significant economic impact directly related to music and indirectly affecting the overall appeal of the city to both business and tourism. Live Nation, as Canada’s largest concert promoter, with our head office in Toronto, sees a tremendous opportunity to work with the other industry stakeholders, the Province of Ontario and the City of Toronto to ensure live music continues to be important driver of economic growth and quality of life for the citizens of Toronto,” said Jacob Smid, Vice President, Talent and Marketing, Live Nation Canada.

For more photos from the mission, see the album on our Facebook page.