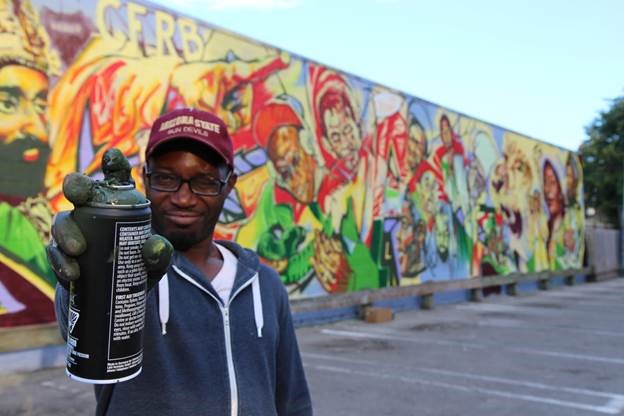 On Saturday, July 16, 2016, the City of Toronto invites reggae music fans of all ages to the Eglinton West and Oakwood neighbourhood for The Reggae Lane Crawl, hosted by Councillor Josh Colle, The Laneway Project, and the York-Eglinton BIA. The unique community event will celebrate the unveiling of a second mural on Reggae Lane (1529 Eglinton W), which honours the local history and origins of Toronto’s reggae music scene.

“A Laneway Crawl is a great way to expand a neighbourhood’s public space,” says The Laneway Project’s Michelle Senayah. “The Reggae Lane Crawl will turn this particular laneway into active community space for the afternoon, where local musicians, artists, hairstylists, restaurants and more will show us what makes the York-Eglinton neighbourhood great.”

In 2014, Councillor Josh Colle began the initiative to name the laneway south of Eglinton Avenue West and extending easterly from Oakwood Avenue to honour the local history of the neighbourhood, and preserve an essential part of Toronto’s music history.

The event poster can be seen below, and you can stay up to date on Reggae Lane news by joining the Friends Of Reggae Lane group on Facebook.