Mongrel Media & 4479 proudly present the Canadian Premiere of Inside Llewyn Davis, and an evening of Canadian Music in support of the charity MusiCounts.

Mongrel Media & 4479 proudly present the Canadian Premiere of Inside Llewyn Davis, and an evening of Canadian Music in support of the charity MusiCounts. 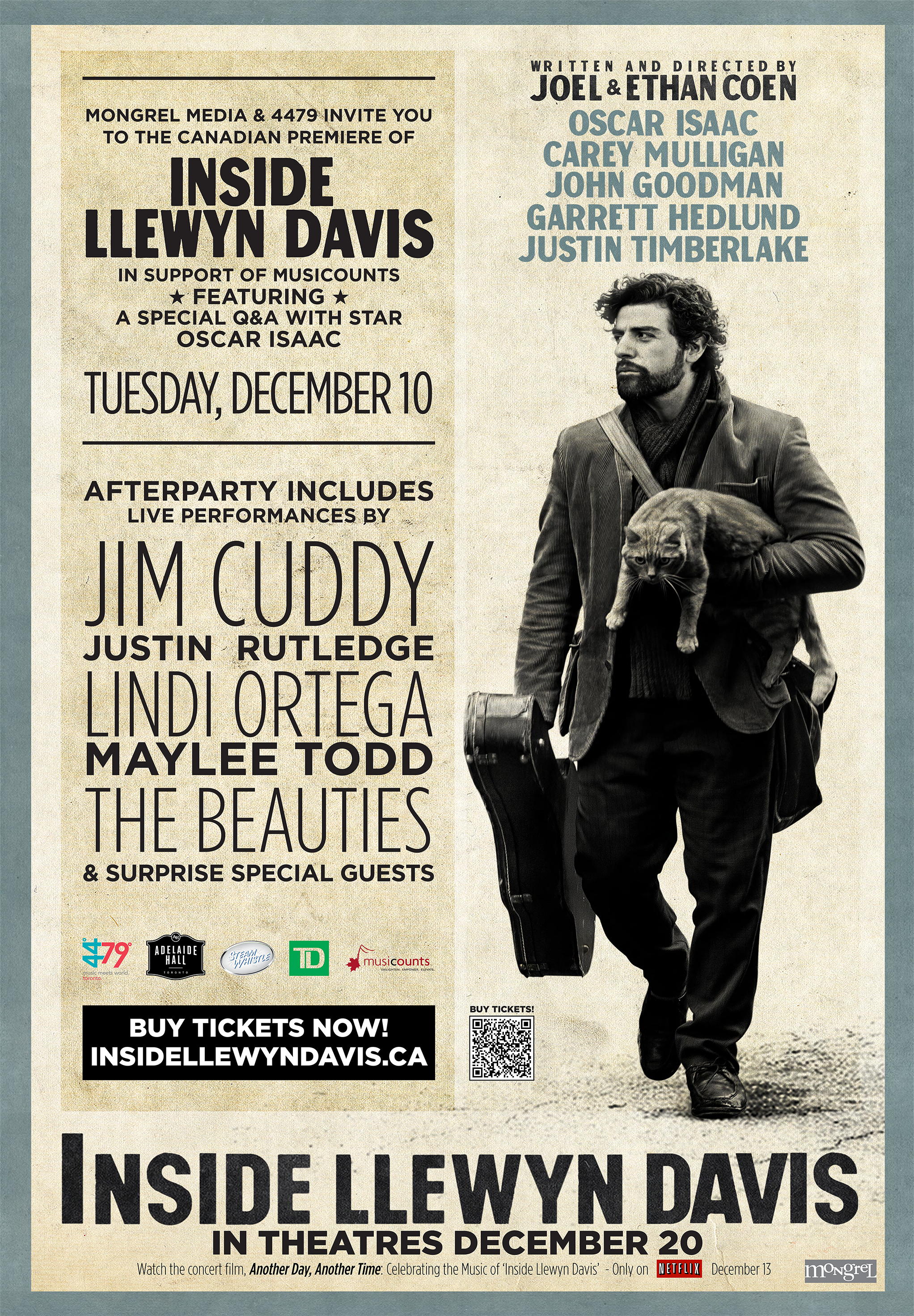 Tickets for the event are available now, and include:

*You MUST bring your paper ticket to BOTH events for entry, as well as PHOTO ID

In the fifteen years of distributing films in Canada, Mongrel Media has built a reputation as an innovative company with discerning taste. They have developed long lasting relationships with filmmakers and international sales agents from around the world who have entrusted them with their beautiful films. Mongrel Media is proud proud to be a wholly-owned Canadian company bringing to Canadian audiences the best of World and Canadian cinema.

4479 is a campaign to position Toronto as one of the greatest music cities in the world – to create energy and action around the concept of Toronto as a music city.

MusiCounts, Canada’s music education charity associated with The Canadian Academy of Recording Arts and Sciences (CARAS), is helping to keep music alive in schools across Canada. MusiCounts’ mission is to ensure that children in Canada, regardless of socio-economic circumstances or cultural background, have access to a music program through their school. MusiCounts includes Band Aid musical instrument grants, the MusiCounts Teacher of the Year Award, Scholarships, and other music education initiatives.