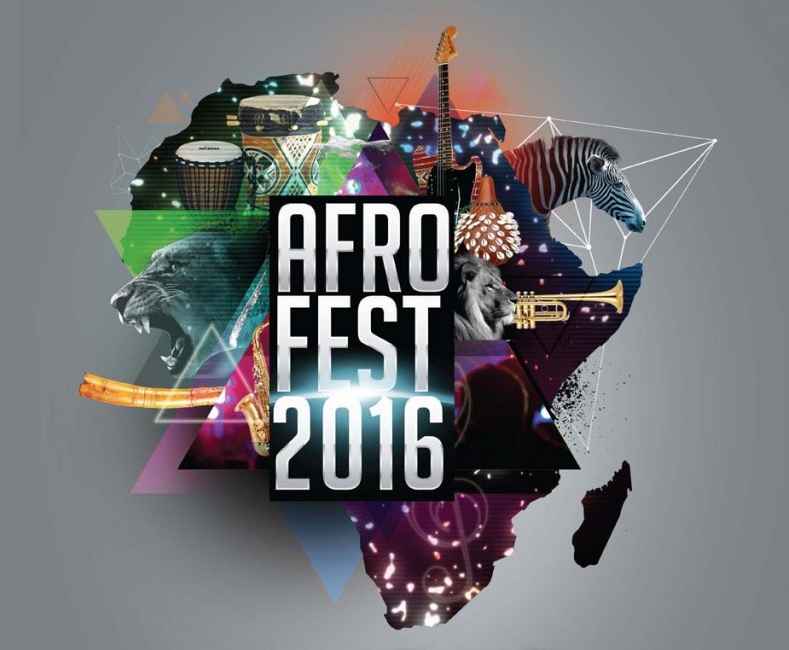 After initially being granted a one-day permit for its 2016 festival at Woodbine Park, Afrofest will now return as a two-day event July 9 and 10. Following a meeting at City Hall last Wednesday, the City of Toronto, Music Africa Inc. and Beaches-East York Councillor Mary-Margaret McMahon, confirmed that a two-day permit has been granted for the largest free African music festival in North America.

Beginning in 1989, Afrofest is an annual award-winning, multi-day celebration of African music, art, crafts, culture and food. In 2015, the family-friendly community festival drew over 120,000 visitors to the east-end, with over 35 artists spread across five areas of the park.

Earlier this month, Toronto’s music community raised concerns through social media and written submissions to Councillor McMahon questioning the city’s decision to pare down Afrofest to a one-day festival due to past noise violations. A Save Afrofest online petition was also circulated to restore Afrofest to its two-day programming, collecting nearly 5,000 signatures.

While the city says it received just eight noise complaints in 2015 through the 311 service, Councillor McMahon says her office also received multiple noise complaints. The decision came as a shock for Peter Toh, President of Music Africa, as Afrofest 2015 was given a noise exemption to run Sunday past the 8 PM curfew until 9:30 PM, and city staff were not present to monitor the noise levels. “The sound company we employ does most of the events at Woodbine Park, including Canada Day and Beaches Jazz festival concerts, and use the same sound equipment, crew and sound levels,” Toh said.

As stated in a joint press release regarding the 2016 two-day permit, while Afrofest organizers acknowledged their past violations, the city also admitted to unclear communications regarding permit end times. The Toronto Music Advisory Council, who sat in on Wednesday’s meeting, has also committed to offer its expertise going forward to help ensure the success of Afrofest and all other music events across the city.

TMAC met with City, @mary_margaret32 and @Afrofest – #Afrofest is back for two days in July! Joint press release -> https://t.co/l5wKUBpubq

Established in 2013,  the Toronto Music Advisory Council works to provide recommendations and advice to enhance the attractiveness, competitiveness, and growth of Toronto’s music industry. The Advisory Council acts as a forum through which the music industry can provide coherent advice to City Council on issues and opportunities for the sector. In February 2016, TMAC’s Toronto Music Strategy was adopted by the Economic Development committee, acknowledging the role live music plays in a vibrant music sector.

Wednesday’s decision reinforces the City of Toronto’s commitment to the Toronto Music Strategy and to continue building as a Music City, where city officials, festival organizers and music fans can easily communicate to enrich our communities with more music opportunities.

Thanks to @Afrofest, @mary_margaret32 & City staff who worked together to ensure music lovers enjoy 2 days in July. https://t.co/07ncfly9lA

4479 commends the city’s efforts to hear the music community’s concerns and their decision to once again grant Afrofest a two-day permit. As the 2016 Toronto music festival season approaches, contacting your Councillor in support of outdoor music events like Afrofest will help assist with noise complaints put forth by community members and positively influence Toronto’s continued growth as a Music City.

UPDATE (03/23/16): The Live From City Hall performances and event organizing panel have been postponed in respect of Councillor Ford’s memorial activities taking place in the City Hall rotunda. A new date is expected to be announced shortly.

Are you interested in organizing music events in Toronto public spaces, outdoor locations, or alternative spaces?

The panel directly follows the free Live from City Hall series, which begins at 5 PM with hip hop artist Xolisa. Indie rock band Giner Ale and the Monowhales will take the stage at 5:45 PM, with the panel to begin shortly after.

Visit the event’s Facebook page to RSVP and stay informed with the latest updates.

Beginning this week, thousands of music, film, and digital media enthusiasts will arrive in Austin, TX, for the 2016 South By Southwest (SXSW) festival. On Saturday March 19, the City of Toronto and the Toronto members of the Austin-Toronto Alliance are jointly presenting a SXSW showcase of four great Toronto artists.

In 2013, Toronto and Austin signed the world first Music City Alliance, which established that the two cities “will work collaboratively to develop and expand all elements of the music industry, including but not limited to artists, venues, festivals, studios, management and promotion.” Later that year, Toronto City Council has unanimously approved the establishment of the new Toronto Music Industry Advisory Council (TMAC), which includes many members of the Austin-Toronto Music City Alliance committee.

The City of Toronto and TMAC are encouraging all Canadians attending SXSW to come out to the showcase, and is welcoming music fans from Austin and beyond to experience some excellent Toronto acts!

Luminato 2016 to host diverse musical programming at The Hearn 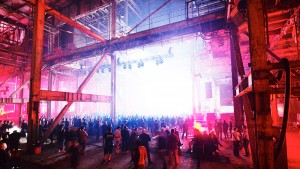 Earlier today, Luminato revealed two exciting new musical projects that will take over the Hearn Generating Station venue in the Port Lands for the festival’s 10-year celebrations. While Union Station’s refurbished plaza will be a a gateway for free daily entertainment, The Hearn will serve as hot spot for some of the most innovative programming Toronto has ever seen. With NXNE also revealing they will be introducing portions of the festival at the Port Lands this summer, the area is quickly becoming a hot-spot for new immersive cultural experiences and providing more unique performance opportunities for artists.

On June 14 and 15, 2016, Montreal post-rock outfit Godspeed You! Black Emperor will team up with Vancouver’s contemporary dance company The Holy Body Tattoo for the must-see dance show monumental. The modern dance collaboration will see The Holy Body Tattoo returning to the stage for the first time in a decade.

The Hearn will also host world-renowned entertainer Rufus Wainright June 23 and 24, 2016, for his performances of Judy Gardland’s 1961 iconic Carnegie Hall concert. Rufus Does Judy is presented in collaboration with Pride Toronto as part of the city’s first-ever Pride Month.

Announced earlier this year, Luminato will bring back the innovative Unsound Toronto music festival to the powering station, which blends technology and experimental sound for an experience unlike any other in the city. Drone metal band sun o))) and Canadian sound artist Tim Hecker will headline the evenings June 10 and 11, with many more artists expected to be announced.

Tickets for all of these events are on-sale now.

Last week, the City of Toronto’s Economic Development Committee adopted the Toronto Music Advisory Council’s  Toronto Music Strategy. While the Strategy still has to be approved by Council, this is an important step along the way.

This is good news for the city’s music community. The Toronto Music Strategy describes the benefits of being a Music City and outlines the roles that the City of Toronto can play in promoting and growing the sector. The Strategy identifies six major strategic areas:

These focuses were developed by TMAC in collaboration with City staff and in consultation with the music community and the Toronto public. The goal of the Music Strategy is to promote growth in the music sector, foster a climate of engagement and inclusivity, and lay the ground-work for the Toronto to become a leading Music City.